“We win, they lose” – Radically Reframing the US Immigration Debate

My parents brought me to America when I was 6 years old. Not a day goes by do I forget how fortunate I am to be a naturalized US citizen.

Now, as a tech entrepreneur who has created American jobs, I’ve witnessed the absurdity of the American immigration system up close.

Immigration is a topic that hits close to home as a significant number of friends I’ve met in the USA are foreign-born. What many Americans don’t realize is how incredibly tough it is for even highly skilled foreign students, who attended some the best universities in this country, to legally stay and work in the USA.

In recent years, I’ve personally witnessed many of my foreign-born friends be forced to leave the country. I’ve seen vibrant companies shut down, American jobs lost, and lives uprooted. I’ve indirectly experienced, via consoling friends and coworkers, the needless stress created by an immigration system that only benefits other countries and hurts the USA.

Our politicians need a wake-up call. America shouldn’t be expelling some of our best and brightest to help other nations create jobs.

According to a 2019 Gallup poll, 75% of Americans think that immigration is a good thing for this country, but 75% support restricting illegal immigration.

Over the past few years, President Trump has done a masterful job of framing the immigration debate as a national security issue. By engaging on Trump’s terms and focusing on issues such as detention camps at the border, the Democrats play into his hand. Not only do they look weak on national security, but they appear to be supporting illegal immigration –which is opposed by an overwhelming majority of the electorate.

In “The Art of War”, Sun Tzu dedicates an entire chapter to choosing the right setting to face your foe. By allowing Trump to focus the immigration debate on border security, the Democrats are losing this war of public opinion.

Fundamentally, the Democrats should reframe their message to appeal to the 75% of Americans who support immigration but want to restrict illegal immigration.

So I challenge the Democrats to shift the debate to skilled immigration.

To ensure that the message resonates, they should take it one step further and engage the public at a simpler, emotional level.  The Democrats should take a page out of Trump’s populist playbook.

I dare the Democrats to explicitly tell voters that the United States will steal the best, brightest, and hardest-working people from other countries and transform them into Americans.

In practice, this is what America has always done—use brain drain to our advantage. However, to my knowledge, no major political leader has ever made this argument in favor of skilled immigration in such explicitly stark terms.

Essentially, this is framing the immigration debate as: “We win, they lose”. As arguably inaccurate as this framing is – it is a powerful, visceral message.

“We are the best. We are exceptional. We are fierce competitors. We will continue to WIN by recruiting the best from other countries to join Team USA!”

Such a message appeals to our national pride and our natural confidence. A clever politician can use this message to co-opt America’s nativist elements.

Republicans can also embrace the “We win, they lose” approach to immigration and use it to win votes. But they don’t need to. Because at the moment, they have the upper hand in that debate. And because they don’t need to, they almost certainly won’t – so my message is addressed to the Democrats. 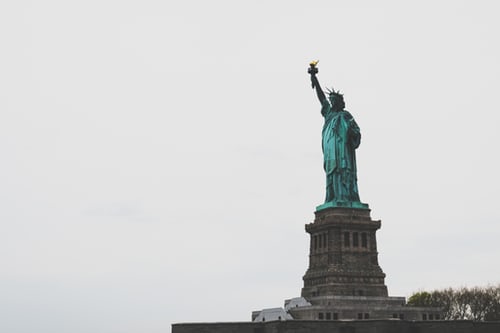 Despite my advocacy for more skilled immigration, I have not forgotten America’s history and our moral obligation to help the tired, the poor, and the huddled masses.

Unfortunately, our political system has Lady Liberty pinned under heavy crossfire. In order to win the war of words in the immigration debate, we must equip Lady Liberty with the most powerful weapons in our arsenal. Skilled immigration is the just the superweapon that she needs. The best & the brightest must serve as the valiant vanguard which fights to relieve the siege and protect the huddled masses.

I sincerely hope that some politician will dare to try this unorthodox approach—that he or she will use this message to WIN, solve the immigration impasse, and do good for America & the world. And I will savor the satisfaction of knowing that I have done my little part to build a better reality.

About the author: Yishi is a former hedge fund investor and current entrepreneur who writes in his free time – mostly about business topics.  http://www.yishizuo.com/about/

He is the CEO of DeepBench. We connect users with experts on any topic in any industry, and we also license our software to enterprises to better unlock expertise internally. (Check us out if you are interested in joining our network or using our product!)

Last month, I spent a great deal of time exploring “tokenomics” for a start-up in the crypto space. Tokenomics is a fancy word for incentive design. It’s a way for...