Priority Pass is a fantastic business with 1) strong network-effect barriers to entry in a growing industry and 2) plenty of new opportunities. I would invest in them if I could.

What is Priority Pass?

Priority Pass is paid membership program that provides individuals access to airport lounges. They are owned by the Collinson Group, a UK-based “provider of lifestyle membership programs and travel enhancement products.”

Priority Pass has been around since 1992. Lately, the product has experienced double digit % annual  growth. One of the drivers of this growth has been the success of the Chase Sapphire Reserve Credit Card – which provides membership to Priority Pass.

Beyond the boost from the Sapphire Reserve’s success, overall industry trends for Priority Pass are very favorable. Global air traffic is anticipated to grow at 5% over the next decade and 4% the following. Leisure travel is up as the global middle class grows, and expanding income levels drives demand for better airport experiences.

In a December 2017 interview – an airline lounge industry insider explained that:

On the revenue side, airport visits are pretty steady, even during the financial crisis, airport passenger visits barely took a dip.

The lounges’ largest fixed cost is rent, some of which becomes variable due to revenue sharing agreements with their airport landlords. The rest of the costs are largely variable & in the lounges’ control.

I estimate profit margins at the lounge level (before corporate SG&A costs are factored in) are about 20%. That is pretty great for a low-capital intensive business with recession-resistant elements. 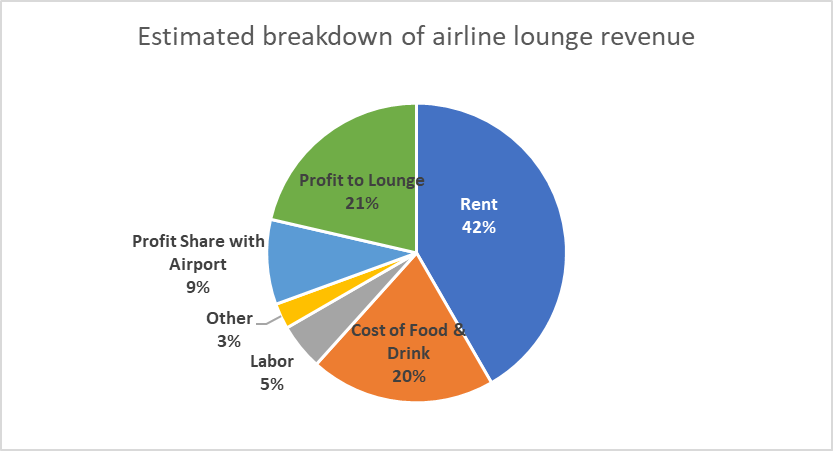 Here is a simple model of the economics of an airport lounge with my assumptions (in blue) and notes at the bottom. 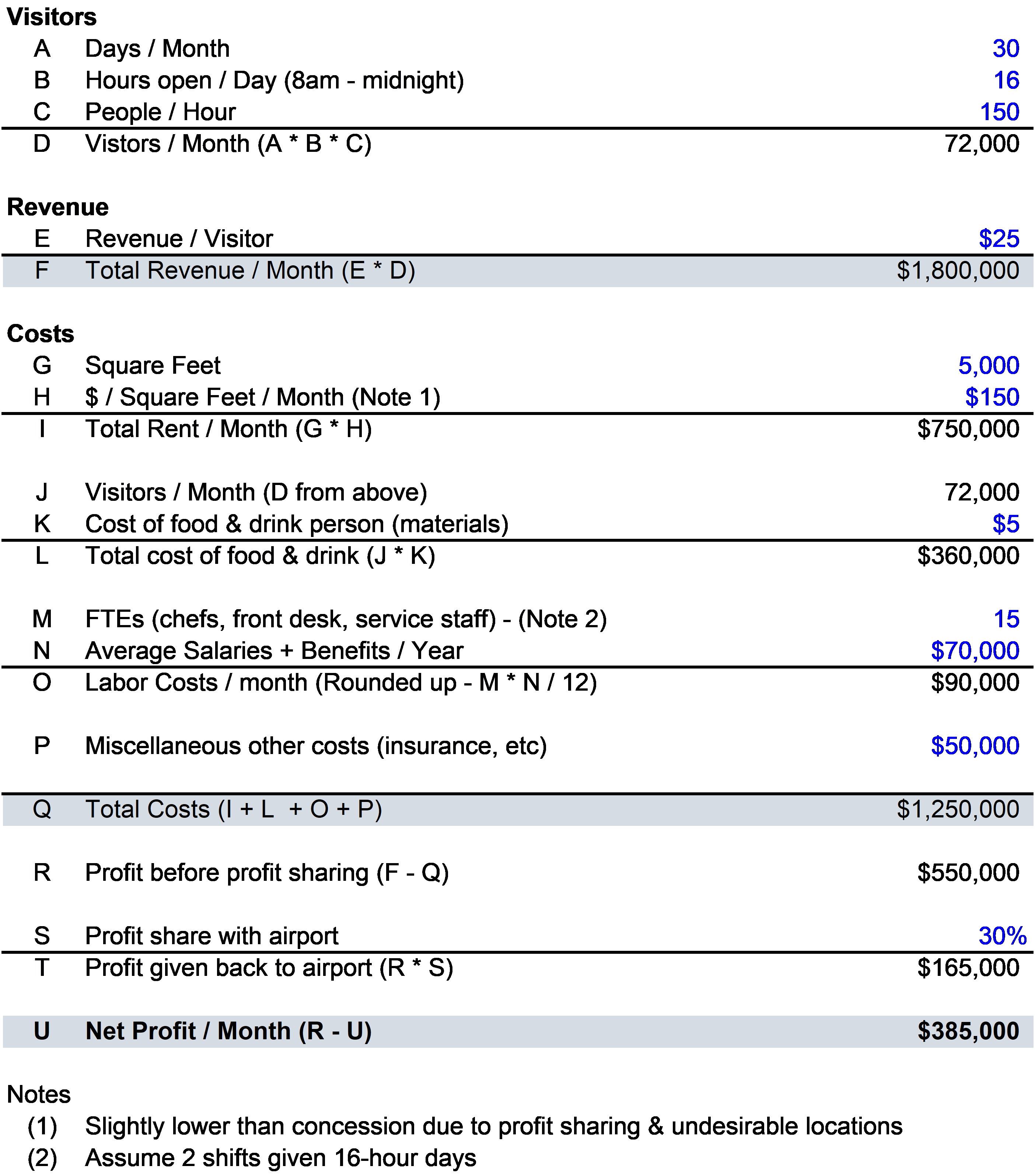 So you’ve convinced me that leisure travel is a growing industry and Airport Lounges are a pretty good business – what makes Priority Pass good?

Given the underlying trends in leisure travel and airport lounge dynamics, Priority Pass operates within a healthy and growing ecosystem.

Within this ecosystem, Priority Pass sits in an enviable location.

Credit card companies, airlines, and some individuals directly pay one price to Priority Pass. Some of these payments are based on usage, some are based on annual fees.

The company then pays lounges a lower price to provide the service. Sources indicate that the company’s cut is somewhere around 25%. Priority Pass bears little risk while playing a critical role as the middleman. 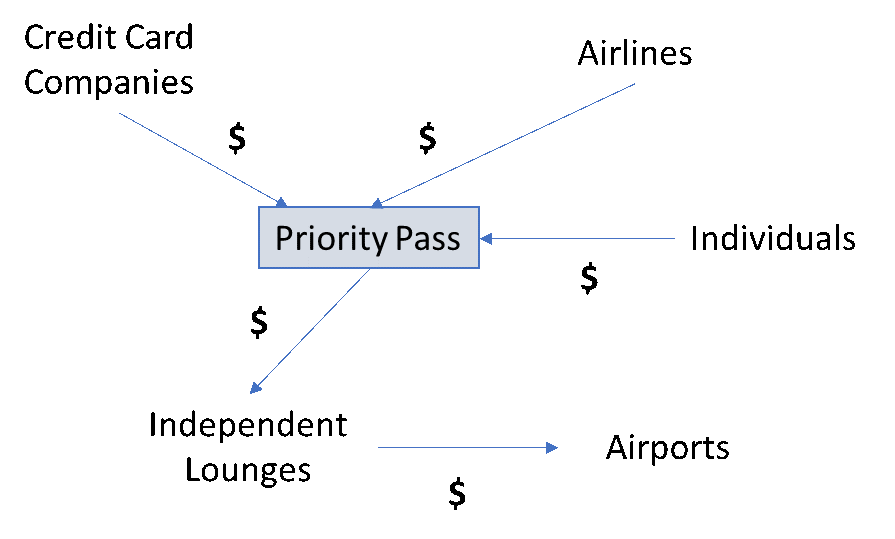 It would be very hard for a newcomer to disrupt this network effect model. That is why no other platform for independent airport lounges exists at scale. Priority Pass simply dominates.

Priority Pass occupies an attractive and growing market segment. Their customer base is growing so fast that their member lounges often experience over-crowding issues, diluting their value proposition. 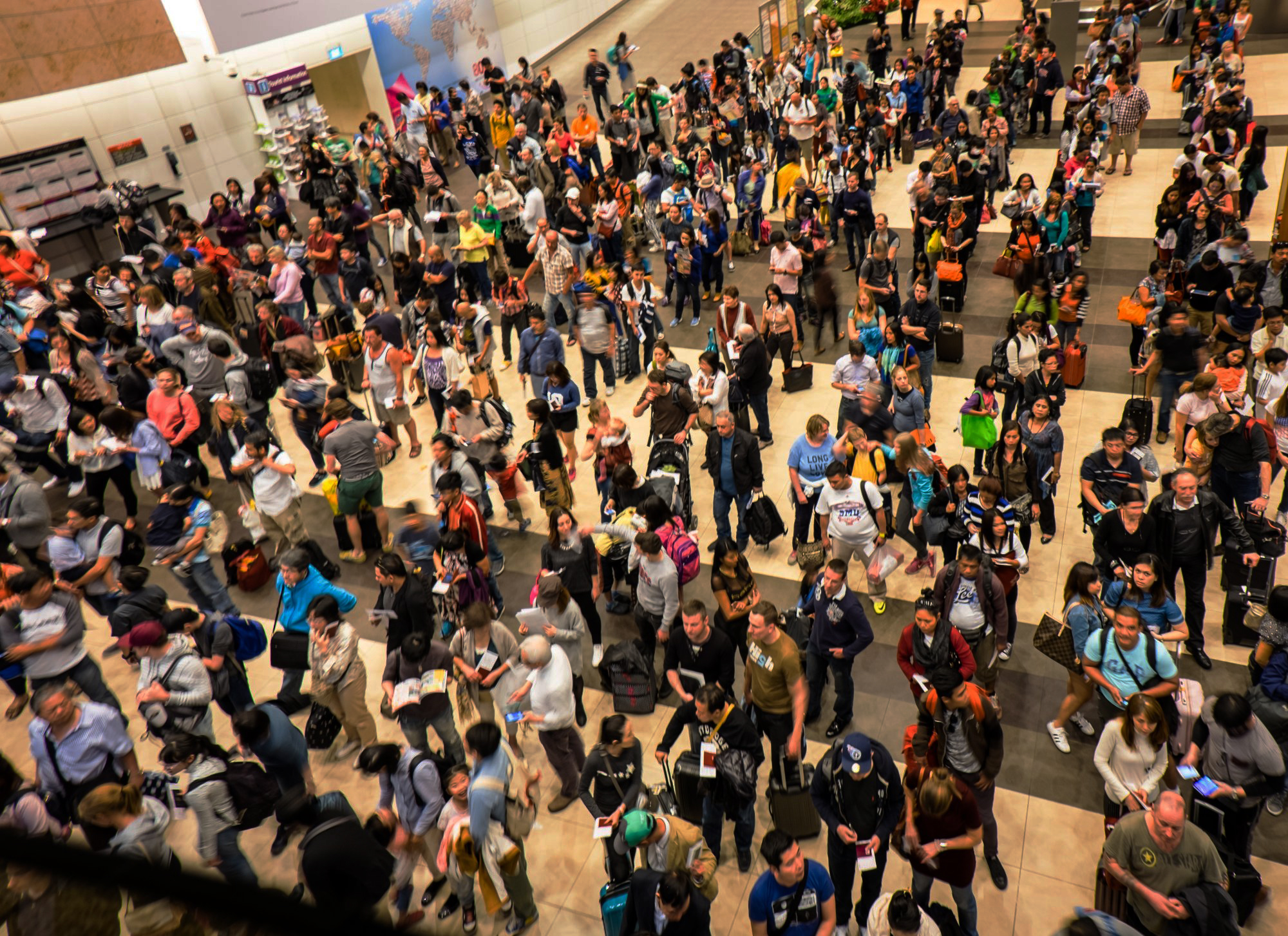 I personally think that occasional overcrowding is a reasonable price to pay for Priority Pass given the overall benefits. Given the lack of other affordable options for travelers, overcrowding may not seem like an urgent problem today, but a truly great business would address this before competition creates urgency.

I think the solution is to build software that integrates with lounges, just like what OpenTable did for restaurants. This would allow Priority Pass users to understand which lounges are busy at what time – and check real-time availability on their app. Another start-up could do this, but Priority Pass is in a far better position to succeed given their resources and negotiating leverage.

Thought #2 – Concerns about competition at the high-end

The other concern is potential competition from Amex’s Centurion lounges. Similar to the overcrowding issue, even though today Amex may not be an urgent competitive threat, Priority Pass should be thinking 5 – 10 years down the line.

What I would propose is for Priority Pass to partner with other high-end lounges and create a higher tier of membership to keep Amex at bay – call it Priority Pass Lux or something.

Beyond the lounge experience, membership rewards today come in all shapes and sizes. The world is becoming more segmented and niche, consumers want unique experiences. Priority Pass can be the platform that interfaces with all “perk” providers.

If Priority Pass went down this route, yes they would more directly compete against the Chases and Amexs of the world who provide similar perks to their cardholders. However, I wouldn’t be scared of that.

As consumer needs evolve beyond cash back rewards, it doesn’t make sense for a credit card company to be at the forefront of satisfying consumer needs. By all means, we should decouple the method of payment from the leisure experience.

Given Priority Pass’s expertise and pure focus on hospitality & leisure, I would bet on them over any financial institution to take advantage of this opportunity.