The art of non-violent confrontation

Earlier in my life, I struggled with self-awareness and setting boundaries.

Let’s travel back in time to my freshman year of college—fall 2007.

I had a very memorable roommate. We can call him Joe.

One night, Joe hosted a party in our dorm. He was caught with alcohol, and I took the blame.

Why did I do that?

For one, Joe was cooler than me—far more rebellious and experienced with drugs and girls—and I envied him. More importantly, he was on the verge of getting kicked out of the dorms. And I took the blame to protect him.

My punishment was minimal—some simple chores. That wasn’t the problem.

The problem was that I had a misplaced sense of loyalty. Joe and I weren’t close. I had a nagging feeling that if the situation was reversed, he would not have helped me.

The deeper issue was that I didn’t consider my own needs—my own boundaries.

I was not mature enough to fully realize this at the time. That learning process would take many years.

Let’s fast forward a few years. I had landed a prestigious first job after college at Goldman Sachs.

“Yishi needs to work on his communication skills”

This was a bit of a surprise to me. After all, I had made it past the grueling interviews. But succeeding at the job would require a different set of skills than acing the interview.

Around this same time, one of my best friends told me that he couldn’t be friends with me anymore unless I changed my demeanor. He essentially said:

“Yishi, you are not self-aware enough”.

The rebuke stung, but I felt very grateful.

I realized that my communication shortcomings were jeopardizing my professional success as well as my personal friendships.

I was now aware of the problem. I had the willpower to solve it, but I just wasn’t sure how.

It was around this time that I also started noticing patterns in the way that my parents interacted with one another.

Mom might say something inadvertently mean to Dad. Dad doesn’t express his feelings. Dad responds with something even meaner to Mom. Mom doesn’t express her feelings either. She escalates further, and he responds vice-versa to the point of a shouting match. Sometimes it starts the other way around. But that’s beside the point—no one is guiltless and everyone gets hurt.

It started to hit me. My communication and self-awareness issues had deep roots. This wasn’t something my parents could teach me. I had to learn emotional intelligence from elsewhere.

That year, another formative experience solidified these lessons.

In December 2013, I organized a ski trip. I wanted a specific friend—let’s call him Don—to be one of the drivers.

Don was notoriously stingy. He was reticent about putting miles on his new car. I sought wisdom from my parents. Interestingly, they advised me to not confront him.

I didn’t think my parents knew how to practice healthy confrontation. And frankly, my own experience in this area was limited.

What if Don gets angry? What if he yells at me? Then what if I lose control?

I spent days agonizing over this.

I realized that what made healthy confrontation so hard for me is that it requires vulnerability. If I approached Don and calmly, directly told him what works for me and what doesn’t— I would be setting boundaries. And there was a chance that Don might refuse me, in essence—breaking my boundaries.

So I would be putting myself on the line. I was opening myself to disappointment and hurt. That’s the essence of why vulnerability is difficult.

Thankfully, 6 years had passed since my experience living with Joe—my freshman year roommate who had inadvertently taught me the importance of boundary-setting. So I ignored my parents and I worked up the courage to approach Don anyway.

I called Don out of the blue, and the conversation went something like this:

“Hey man, I need you to drive this trip.

Here is the rationale and this is how I feel: …

And you will lose friends, including me, if you continue to be this stingy.

Here is the evidence: …”

Don was surprised but appreciative. He ended up agreeing to drive and we remain good friends to this day. Great success!

Building my communication muscles – the beginning

The year 2013 was a turning point for 24-year-old Yishi. And I wish I could say that it was all roses and rainbows between then and now, but life is never that simple.

Calibrating confrontation would be a continual challenge for the next few years. Like a bodybuilder at a gym, I was building my communication muscles, one grueling rep at a time.

I slipped up a few times, to various degrees of embarrassment. Once I yelled at an innocent coworker. Once I lost my cool in front of strangers at a restaurant. A former girlfriend even nicknamed it “The Yishi Cycle”, where I would say something mean, and later apologize out of guilt.

Each “Yishi Cycle” would be driven by something underlying that bothered me—some unmet need. I was not fully aware of my needs and boundaries. As such, I couldn’t confront the people around me appropriately–in a non-violent way. I bottled up my emotions because I was neither fully honest with myself nor willing to be vulnerable. And once in a while, those emotions exploded, unleashing a torrent of collateral damage.

Sound familiar? Perhaps you’ve seen this in yourself, or a loved one?

At the time, I felt like I had no one to turn to. Approaching my friends or colleagues felt difficult—inappropriate. This was beyond my parents. I had no older siblings or cousins. And no teacher had taught me this stuff in school.

I turned to online forums and blogs. I ordered Dale Carnegie’s How to Win Friends and Influence People—the seminal self-help book on interpersonal communication, as well as Marshall Rosenberg’s Nonviolent Communication.

Those resources were certainly useful, and I would recommend both books to everyone. But all of this only helped to an extent—I still felt alone, and my progress felt slow.

10 years ago, I realized that communication was an area that I desperately needed to improve.

10 years and counting—that’s how long I’ve deliberately practiced these skills.

Building these muscles has been painful at times, but I have gotten better, and I continue to improve.

Just like anything else, emotional intelligence and communication skills are learnable. You now have a sense of where I started from. And if I can get to the level I am at now, you can do even better.

In the next couple of articles in this series, I’ll talk about a few things that accelerated my learning journey—business school, starting a business, and coaching. You might glean a few shortcuts to accelerate your own personal growth. 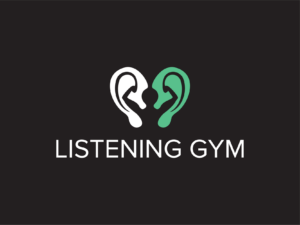 This is Part 1 of a 3-part series on communication and emotional maturity. See part 2: Business school gossip & start-up learnings to read about the continuation of my personal growth journey.

What’s the best moment of your life?

Have you ever asked yourself that before? It’s a powerful self-reflection exercise. In figuring out what makes a moment great for you, you learn a lot about yourself—your core values,...

What is coaching and why I got into it

Coaching has been an integral part of my personal growth over the past few years. It took me a while to figure out boundary-setting and self-awareness in my early 20s. ...

What do you really learn in business school? I went to business school in 2016 in large part because I wanted to improve my emotional intelligence. Almost right away, I...