I stared at the screen in disbelief.

My biggest stock position was down 90%.

$30,000 of my hard-earned savings down the drain. Permanently.

How the HELL did this happen? 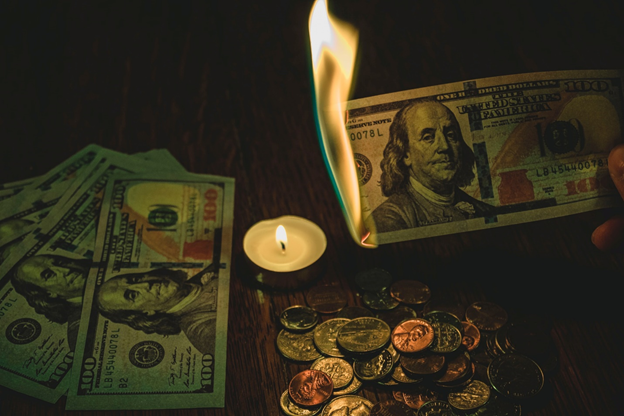 At the time, I was a professional investment analyst. I thought I knew what I was doing. But I made a colossal mistake and lost a significant chunk of my net worth.

I felt like an idiot. I suddenly realized that I wasn’t as competent as I thought.

I didn’t know who to turn to.

I felt embarrassed. And I actually didn’t tell anyone the full extent of my mistake for years. Not my parents, not my former partner, and not my closest friends.

It took me years to get over the shock, appreciate the lessons learned, and fully move on. And I hope that my story will help you avoid and learn from similar mistakes of your own.

What led up to my mistake

It was a combination of envy and hubris that started it all.

In 2014, one of my best friends was also a professional investor. In his free time, he analyzed and invested in risky companies called “microcaps” (companies whose market capitalizations are less than $300 million). And he was doing well.

I had been working in finance longer than he had. And I thought I could do it just as well.

2 more months after that, the stock fell by 50%. I foolishly doubled up, compounding my mistake.

Subsequently, a series of management missteps slowly, but continuously eroded the value of the company, crushing the stock price ever further.

Over the next 2 years, I had opportunities to cut my losses and walk away, but I couldn’t ignore the sunk costs. I was in denial until it was too late.

How did I get over it?

First, the passage of time has certainly helped.

Second, I’m an optimist by nature (as are all other entrepreneurs I know). So I’ve always tended to look on the bright side.

Below are 3 specific positive mindsets I tried to embrace:

#1 Treat failure as a lesson

The legendary investor Charlie Munger has a famous saying: “Envy is the stupidest of the 7 deadly sins, because it’s the only one you could never possibly have any fun at.”

I can also list a dozen aphorisms from individuals wiser than I about the importance of humility.

But unfortunately, some things in life must be learned the hard way.

Nothing teaches better than life experience. And experience can be painful.

Over the years, I’ve convinced myself that the emotional pain that I experienced will save me from more severe suffering in the future.

First, up until that point in my life, much of my identity was wrapped up in my career—all 4 years of it.

Such a large failure in an area where I was supposed to be a domain expert forced me to dissociate from that identity.

Failure made me more open to exploring unconventional career paths. And it certainly impacted my later decision to pursue entrepreneurship.

Second, it dawned on me that I had been following my friend’s lead when I made my mistake.

I had played a game that my friend had chosen, not me.

Undoubtedly, I will make more mistakes in the future.  But going forward, I told myself that all my future mistakes will be made in pursuit of goals true to myself.

Overall, the experience made me more independent and mature — traits that would come in handy later in my entrepreneurial journey.

For years, I treated the financial cost of my mistake as a “fine”.

Very recently, I read a great book by Morgan Housel called The Psychology of Money. One specific concept within dramatically changed my perspective.

Morgan taught me to think of my loss as a “fee” rather than a “fine”.

Change a couple of letters in a word, and it makes a world of difference.

“Fines” are unequivocally bad, but “Fees” are neutral and normal.

Life is full of fees. You pay a tuition fee to learn things.

Business school is a great example. Including foregone income, my decision to attend business school cost me more than 10x the amount I lost on that one stock investment.

But I’ve never doubted the net benefit of my MBA experience.

Just as it is hard to ascertain the exact value of business school, so too is it difficult to value the lessons I learned from my stock investing mistake.

So why not treat my mistake as a fee?

So I did. And that’s how I finally moved on.

Conclusion: earn yourself a discount

Like I mentioned earlier, some things in life must be learned through experience.

Avoid envy. Be humble. Stay true to yourself. Ignore sunk costs and avoid self-denial. All easier said than done!

Mistakes are just a normal fee that we all have to pay. But while some pay full fare, having read my story may enable you to get a steep discount.

I write at the intersection of investing, entrepreneurship and personal growth. Contact me at yz@yishizuo.com. I respond to all thoughtful messages.

Run-in with a con man

A while back, I met an entrepreneur. Let’s call him Gary (not his real name). I took a liking to Gary, and I took a small amount of funds from...

What’s the best moment of your life?

Have you ever asked yourself that before? It’s a powerful self-reflection exercise. In figuring out what makes a moment great for you, you learn a lot about yourself—your core values,...

What is coaching and why I got into it

Coaching has been an integral part of my personal growth over the past few years. It took me a while to figure out boundary-setting and self-awareness in my early 20s. ...